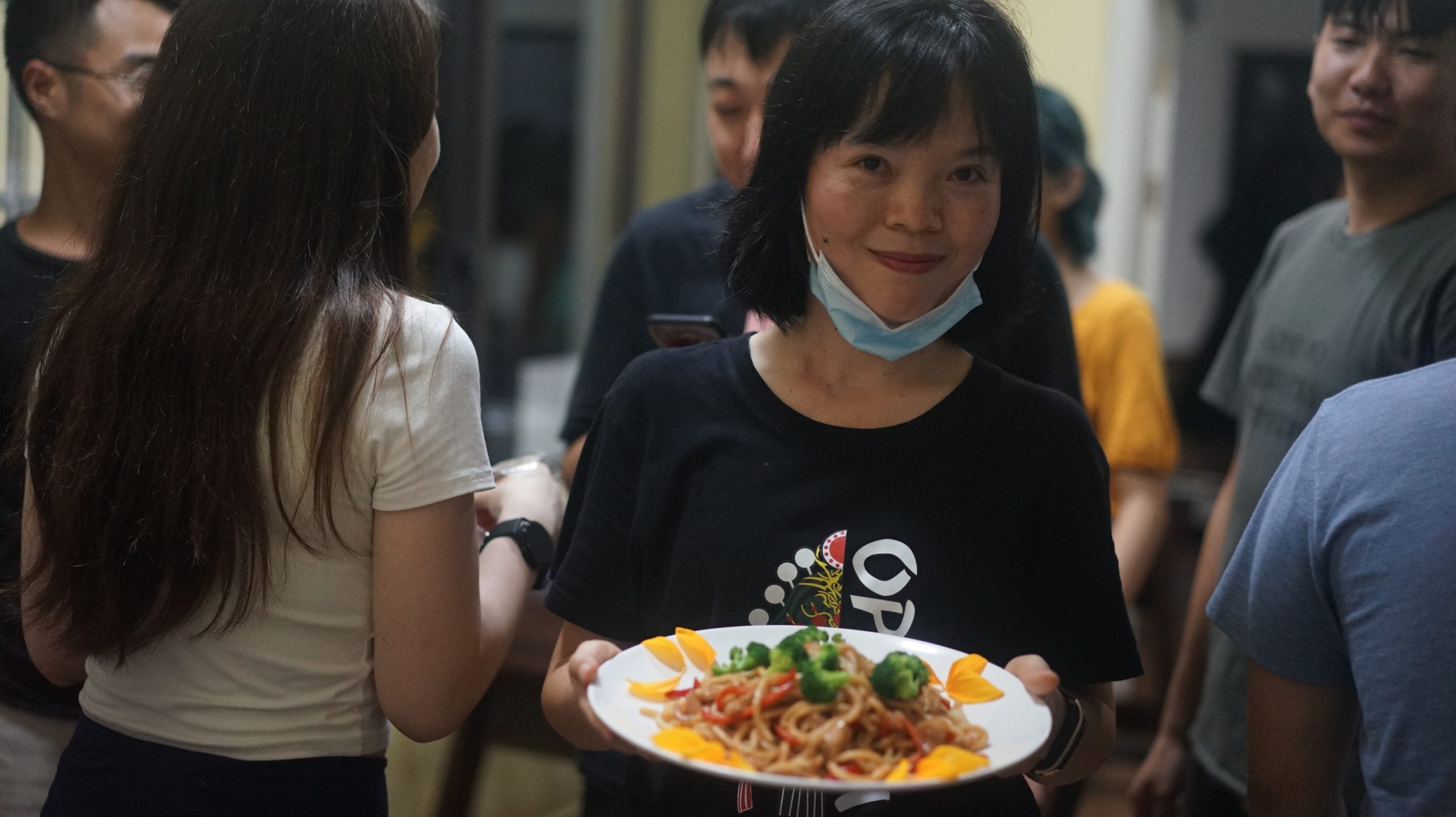 Delicious food always comforts people when they feel upset and cheers them up. That’s why I think the best thing in the world is to enjoy all kinds of food every day. So now you know how happy I was when I was asked to be a judge for a cooking competition!

Last Thursday, a big cooking competition was held in Omeida. All the students and teachers were encouraged to join in this big party. Each class could take part in the event as a team. To win big prizes, they not only needed to prepare a delicious dish that looks tempting, but also prepare an impressive introduction for their dishes in English.

By doing this all participants could not only show off their cooking talents, but also learn some new words and expressions about cooking. What a brilliant idea!

In order to make their dishes the best and win the hearts of all judges, every team put a lot effort into this competition. They started to do preparation work one day in advance. The chef decided the recipes and the others were responsible for buying all the ingredients that they needed. Some of the participants were so excited that they started very early. As a result of that, most of the preparation work, such as the washing, peeling, cutting, stirring and measuring, were done an hour before the competition.

After that busy preparation, the most exciting moment was soon to follow. Each participant served their food in an order determined by drawing lots. What impressed me most is that every dish was so easy on the eye, like artwork. That showed they really put a lot of work into it. But it was not easy for a dish with nothing more than a nice appearance to win a cooking competition. For a dish, a great taste is the thing that really matters. For a cooking competition in an English training school, you also need to make a great introduction of your dish in English. These three aspects of the competition, if done well, will give you a chance to be a winner.

I was not surprised at all when the results came out. Class 3C got the first prize. They really did a great job. The chef, who was named Tokks, created his own recipe. All the ingredients they used were very common that anyone can pick up at the local supermarket. The dish they served was made of eggs, tofu, and some common herbs. However, Tokks made them by mixing textures and flavour.  There were two different tastes within the tofu. It tasted soft and a little spicy. You just wanted to have more after the first bite. The girl who gave the introduction had beautiful pronunciation and she used grammar correctly to express herself clearly. The performance of this whole team was perfect. There was no doubt why they got the highest score.

Another dish which was also impressive was fish soup from Class 0B. It consisted of fish, eggs and some coriander leaves. It tasted a little simple but was very fresh. I will recommend this dish for the health-conscious as it contains a lot of protein, and is easy for your stomach to digest. The chef who also made the introduction, was named Alex. He is always hard-working. He even wrote an article to describe the dish and spent a lot of time practicing it. In the end, he won the hearts of all judges. No pain, no gain. Congratulations, Class 0B!

It was a great honor for me to be a judge in this competition. All the groups inspired me. They chose different recipes, but they all worked hard. I think they are all winners, no matter what the result was. Plus, they all made some improvement and learned something. That’s what really matters!